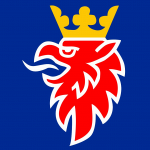 aka Archives Department of the PMG Wiki

Hello, I am Brian Stout, but you can call me TheGeneralB, TheAgentBrian, or just simply Brian. I am an admin of the wiki. In Earth-1, I am the co-lead designer of Rickard Firearms & Defense. In real life, I am the person behind RF&D, Alexandrov Design Bureau, and Chroma Security.

Also, if you would like to know the history of the PMG wiki, check this out. But nobody will ever read my page so I guess don't. But you should.

Brian Takumi Stout was born on May 4, 1972, on United States Fleet Activities Yokosuka, a U.S. Navy base, to an American father and a Japanese mother. He finished his education on-base at Nile C. Kinnick High School in 1990, where he received his education in design and engineering. When he arrived in Central Illinois after he graduated high school, he went to Southern Illinois University Edwardsville in Edwardsville, Illinois, where he continued his interest in design and engineering. He graduated in 1994. During his time in school, he was often described friendly, and participated in activities such as Quiz Bowl and the school play. In Illinois, his hobbies mainly consisted of hanging out with friends and going to the local gun range, as well as SHOT Show's later on.

Since the age of 13, he had a special interest in firearms, even though ownership was banned in Japan. However, when he returned to the United States for summer vacations with his father, the two and their family would often go target shooting. Later, at the age of 18, he got a chance to visit the frigate his father was aboard, where he got to shoot an M16 and an M14, both select-fire, alongside a twin M2 Browning. This, combined with his major in engineering, resulted in Stout's decision to begin focusing on new firearm designs. At the 2004 SHOT Show in Las Vegas, Nevada, he met Troy Rickard, the CEO and lead designer of Rickard Firearms & Defense at their booth, where the two began discussing about their mutual interest in firearms and design. Brian was immediately hired by RF&D in 2004.

Brian began helping Troy with designing new products, starting with the Tactical Precision Rifle in 2004. In 2008, Rickard resigned from CEO to focus purely on design. Michael Walker, a former employee at ArmaLite from Geneseo, Illinois, and Rickard's second-in-command, took over as CEO. The trio formed a bond together, working on new weapon designs and attending SHOT Shows. Since then, Stout has had a steady career working with RF&D, and after their purchase of the well-known and highly regarded Mayfield Heavy Industries, RF&D, thanks to Troy Rickard, Brian Stout, and Michael Walker, have become one of the most famed firearms companies in the world.

Stout is a noted fan of heavy metal music, specifically 80's and 90's thrash metal, which includes notable bands such as Metallica and Slayer. In addition, Stout is a car and Nerf enthusiast.

Originally a staunch conservative, Stout's political views have changed to become a freethinker, and has expressed admiration for certain Democrats, Libertarians, and Republicans. He is also not a member of the National Rifle Association, Gun Owners of America, or any firearm organization despite being a gun owner. Stout has criticized Donald Trump on several occasions, including his behavior and disrespect for former Secretary of Defense Jim Mattis and former Arizona Senator John McCain.

I don't have a favorite for every category, so I'll just name the ones that I can think of:

If I were to have my own private security company, what would I have for weapons?

Actor: Not for sure

Gun company: Don't have one

Musician (in this case, band): Metallica or Slayer

Political party: Depends on the politicians themselves.

T.V. Show: I don't watch a lot of TV anymore

My opposite of favorites:

Again, I don't have one for every category, so I'll just name the ones that I can think of:

Overall: Any WWII-era (or older) weapon that has been sporterized

Actor: Any actor/actress that says or does something stupid politically or morally.

Athlete: Any athlete that says or does something stupid politically or morally.

Car: Any crossover/SUV (because they are killing sedans and wagons. If the SUV/crossover was a person, I would kill it slowly.)

Car company: Mercedes-Benz (for lobbying to have the 25-year age limit for importing cars)

Drink: Any type of soda

Movie: Any Fast and Furious movie past the fourth one

Political party: Any far-left or far-right political party, or, once again, depends on the politicians themselves.

Video game: Anything made by EA (even though I said BF4 is my favorite)

Video game console: PlayStation 2 (because I feel bad for the Sega Dreamcast, which I think is more superior)

My opinion on other members (Trigger alert? Maybe?)

Since other people do this, I might as well do this too.

If I forgot anyone/you, I'm sorry I can't remember everybody okthanksbye.

A: Surprisingly, not very long. At first, I always thought the bigger the cartridge number is, the bigger the size. So this meant that I thought .357 was bigger than .223 and 5.56 was bigger than both. Also, I thought that AK-47's and AR-15's were just called machine guns (which I was partially correct). However, I really liked to play with Nerf guns when I was a kid (and I still do...*looks away in shame*).

Q: What was your first ever creation on PMG?

A: My first creation was a modified Thompson made on the old PMG. I put an M16 handguard and a drum mag on it, and made the color all black.

Q: What was your first creation put on here?

A: My first creation put on here was a gun called the RPD-9. It was an MP5K with the handguard removed and I put on an AKS-74u stock, an EOTech sight, and an AUG top rail. The picture isn't on this wiki anymore since I replaced it with my newer Advanced Compact Weapon.

A: RF&D was actually founded on 2013, when I made a new note on the notepad application on my old iPod Touch. After I broke it, I then transitioned over to Google Slides. Before I actually used PMG, I was using pictures of PMG guns and GTA 5 gun pictures that I downloaded off the internet. After I started to use PMG, I then created my own creations, and thus my PMG career began.

Q: How comparable is your Earth-1 story to your real life background?

A: Pretty close, I was actually born in Japan to an American father and Japanese mother, and he served aboard three frigates while in the Navy. I also did go to the same university as I listed in my Earth-1 background. However, I moved to the United States after 3rd grade, not after high school, and I never once step foot on any frigate. I did go to college immediately after I graduated high school, and it was the same college that I listed in my fictional biography; however, I left after one year of me doing really bad academically, so I joined the US Army. Also, there is no person named Troy Rickard or Michael Walker that I actually know of; instead, I named RF&D after my friend Morgan, who (at the time, he later changed his surname) had the last name of Rickard.

Retrieved from "https://pimpmyguncreations.fandom.com/wiki/User:TheGeneralB?oldid=63852"
Community content is available under CC-BY-SA unless otherwise noted.