The Bernard lourd automatique Arme, or Bernard Heavy Automatic Weapon (BHAW for short), is a weapon that was first made by Nicolas Bernard in early-mid 1916. Rights to build the weapon were given to Martin Acord fabrication d'armes shortly after Nicolas made the weapon. It held 20-30 rounds depending on magazine. It was made to replace the heavy, bulky, and unreliable Chauchat Machine Gun in French Army service.

Price (WWII): Military only, price has not been revealed.

BHAW-US: Version of the BHAW for use in the US Armed Forces

BHAW-P: Version of the BHAW for use in the Polish Armed Forces

BHAW-I: Slightly improved BHAW. Changes include a higher rate of fire and a slightly longer barrel.

A rifle version of the BHAW was introduced in mid-late 1917, called the Bernard Semi Automatic Rifle. 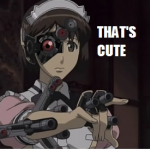 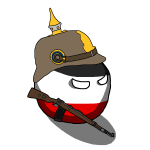